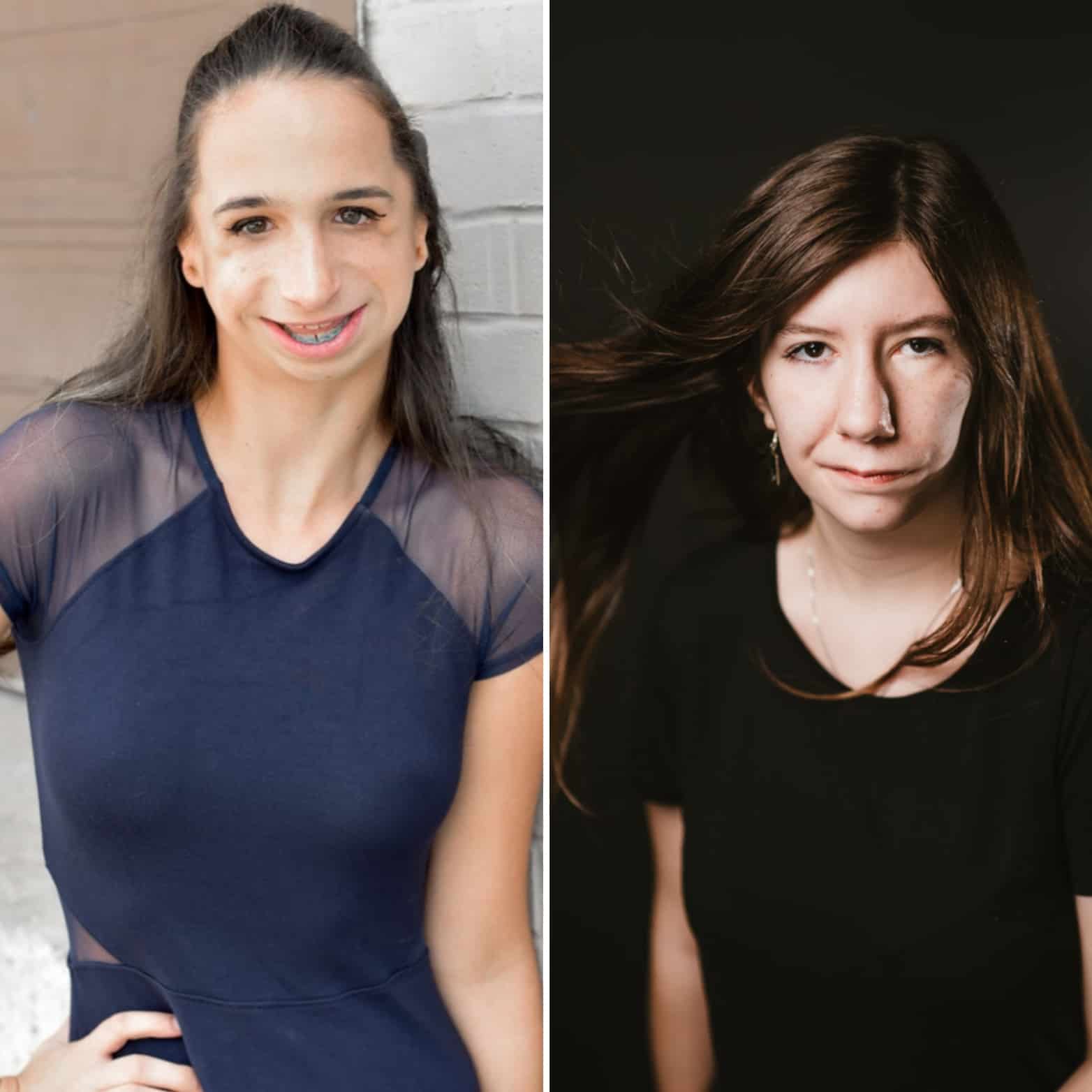 We are pleased to announce the winners of the 2019 AboutFace Anna Pileggi Scholarship: Taryn Byers (left) and Charlotte Champagne (right).

Both winners are advocates for the facial difference community, helping build understanding and awareness. Both are also active volunteers with various organizations and both have done very well in their studies.

Taryn Byers will be heading off to Trent University in the fall, pursuing her Bachelor of Environmental Science/Studies. A long time AboutFace volunteer and ambassador, Taryn is now a counsellor at Camp Trailblazers and other camps during the summer. She spends her free time dancing, climbing, creating fashion, and volunteering as a peer tutor. Taryn will be featured in the upcoming Red Button documentary series. The six-part, half-hour series takes an innovative approach to storytelling where young documentary subjects turn the camera on themselves to break down misconceptions, prejudices, or stereotypes they face. The series will be available to stream on CBC Gem starting on June 7, 2019.

Charlotte Champagne will be joining the Law, Society and Justice program at Collégial international Sainte-Anne in Montréal this fall. She is working to pursue a career in law and has a deep interest in human rights. Her volunteerism has been focused on working with the elderly. In addition, she was recently featured in the #êtrehumain (be human) campaign for CHU Sainte-Justine Foundation, a photo exhibit featuring children and youth with differences. As part of her final year of secondary school, Charlotte made a documentary about living with a craniofacial difference, featuring facial difference community members from Québec, which you can view here.

A BIG congratulations to both of this year’s winners!