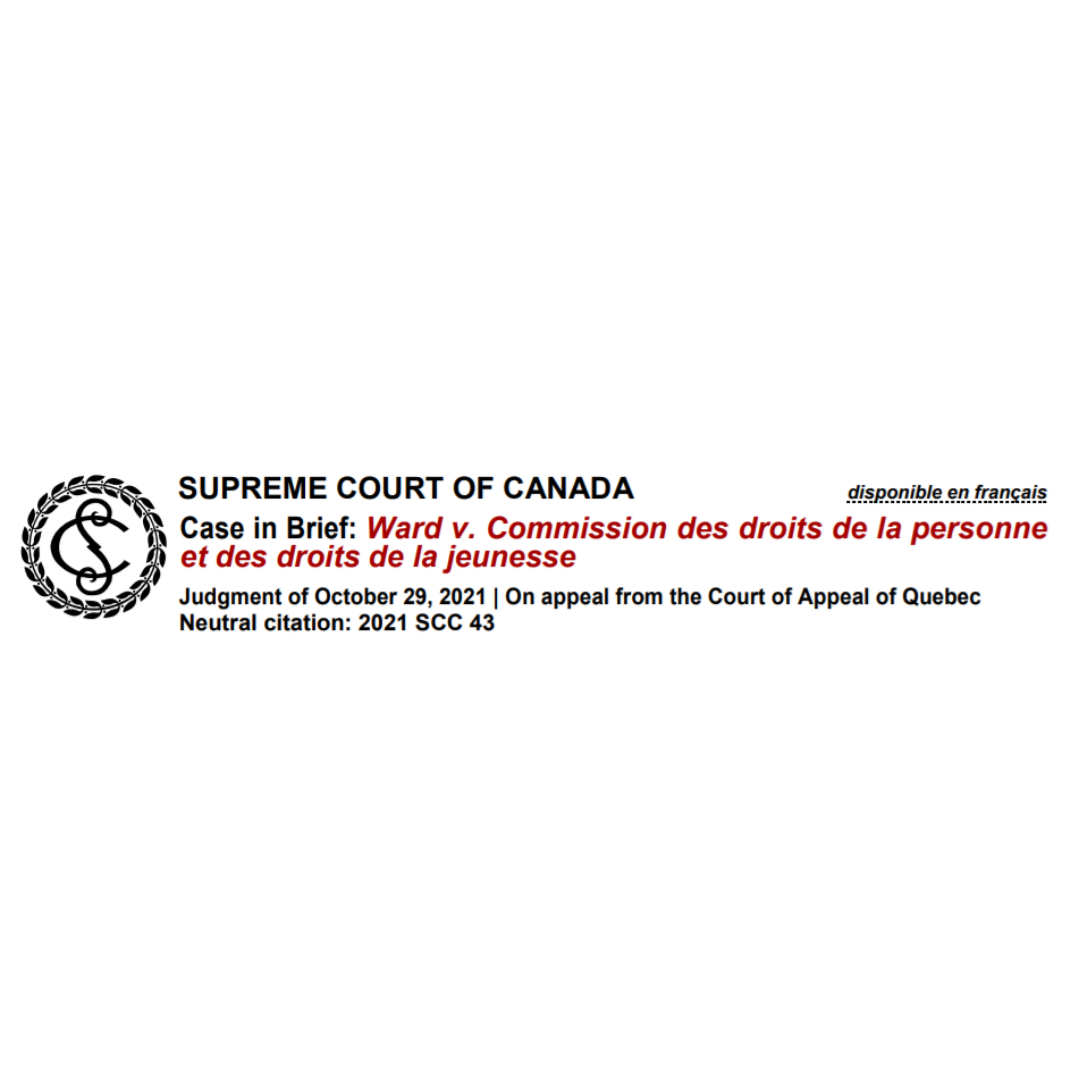 The so-called jokes from Mr. Ward included referring to Mr. Gabriel having “a subwoofer on his head” (referring to his hearing aid), saying that he “tried to drown [Mr. Gabriel]”, and that Mr. Gabriel is “f-cking ugly”.

The Supreme Court found the Quebec Human Rights Tribunal did not have jurisdiction to proceed with the case, because facial differences are not protected grounds of discrimination under the Quebec Charter of human rights and freedoms.

A summary of the ruling, which is available here, noted:

They [Chief Justice Wagner and Justice Côté on behalf of the majority of judges] wrote, ‘making fun of a person’s physical characteristics may be repugnant; it most certainly is when the person in question is a young person with a disability who contributes with determination to society. But expression of this kind does not, simply by being repugnant, incite others to detest or vilify the humanity of the person targeted.’

Under the second requirement of this framework, the majority said a reasonable person could not view the comments as likely to lead to discriminatory treatment of Mr. Gabriel.

As a result, the majority concluded that the comments, ‘exploited, rightly or wrongly, a feeling of discomfort in order to entertain, but they did little more than that’.

It is estimated that there are two million people in Canada living with a facial difference which may be congenital, acquired, or episodic. AboutFace surveys and testimonials from the community note that people with a facial difference encounter mistreatment and harassment at work, at school, and across all aspects of society. Media and entertainment perpetuate negative stereotypes and misconceptions by vilifying people with facial differences and portraying them as monsters and villains. People with facial differences are mocked as they walk down the street. They are stared at and called names on the subway, at grocery stores, and beyond. They are disqualified from jobs for their appearance – or, as the judges called it, their physical characteristics.

People with facial differences have high levels of depression and other mental health conditions.

Kariym Joachim, AboutFace Chairperson and President, who also has Treacher Collins Syndrome, expressed his concern: “For me, and other Canadians with a facial difference, this is an extremely difficult day. The ruling by the Supreme Court has sent an unfortunate message that it’s OK to discriminate against people with a facial difference. It leaves us worried about what options we have for recourse or protection for when we encounter discrimination or harassment.”

AboutFace works to cultivate equity and opportunity for individuals with a facial difference through supportive programming, advocacy, and education.

In Canada, we have a lot of work to do.

It is clear, to ensure equitable opportunities and protections for people with a facial difference, the solution is straightforward: the category of facial difference must be added to human rights legislation in Canada.