New Beyond My Face Video Premieres 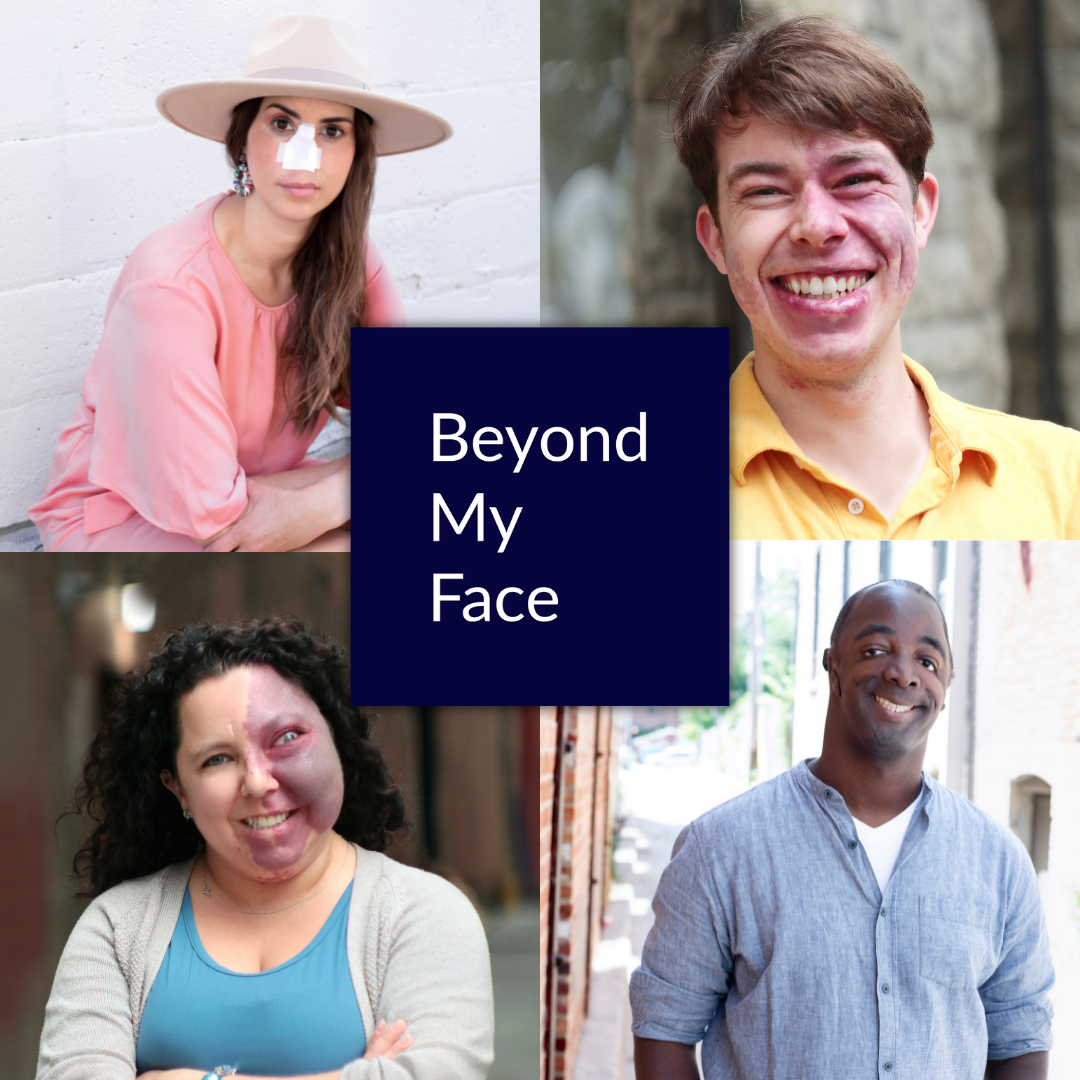 Drop your stares, comments, and assumptions towards people with facial differences and include us in everyday life. That’s the message from 13 Canadians featured in a minute-long awareness video called “Beyond My Face”, launched today in English and French by the national charity AboutFace.

The participants have a range of facial differences, including craniofacial conditions such as Treacher Collins Syndrome and cleft lip and palate; facial birthmarks; and impacts from cancer treatment.

“I’m not broken. I don’t need to be fixed”, says Penny Loker, one of the participants and the narrator of the English video. Loker has Goldenhar syndrome, a congenital condition that affects the development of the eyes, ear, and facial structure. “A lot of people still see those who look different as outcasts, unintelligent, even evil. The myths are really persistent,” says Loker, who is a long-time advocate for facial difference equality.

Facial differences are a neglected area of diversity, equity and inclusion, adds Danielle Griffin, the Executive Director of AboutFace. “As a society, we’re behind in recognizing that people with facial differences continue to encounter barriers to education, employment, and other basic opportunities. The video is a call to action for people to build more inclusive spaces for the facial difference community.”

Beyond My Face is AboutFace’s awareness campaign, and the video’s premiere caps off the marking of Craniofacial Acceptance Month in September.

Watch the video in English and French.