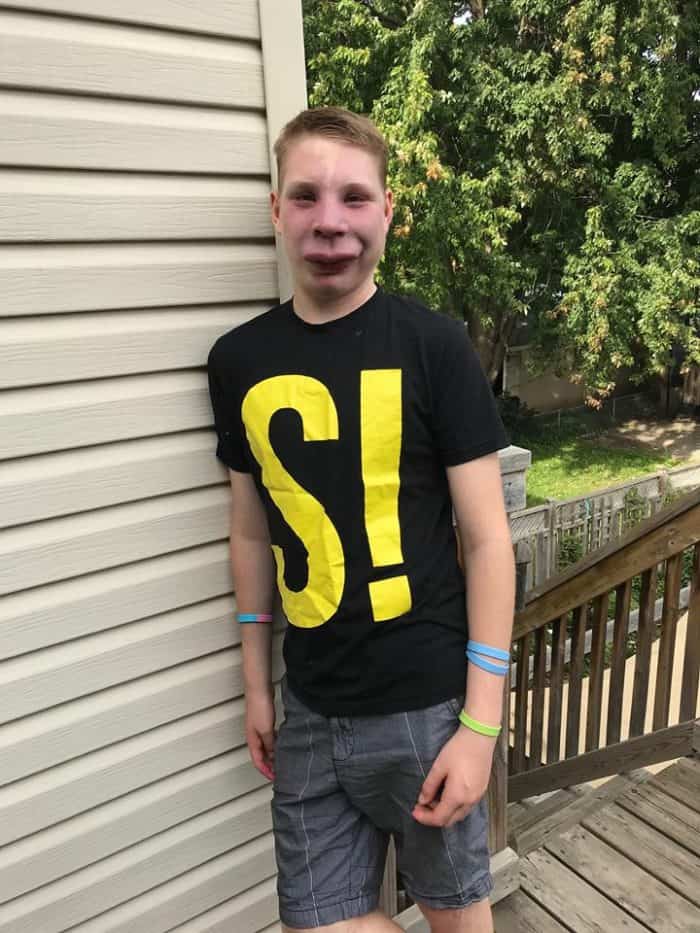 Duncan was born with a face stained a deep dark purple. Just a regular newborn baby face, just a bruise. Or so we thought. When they called in the paediatrician shortly after he was born, we knew there was something bigger happening.

It was only at SickKids six weeks later we discovered his reality. A facial birthmark was just the first sign of what was soon diagnosed as Sturge Weber Syndrome (SWS), a rare disorder characterized by a facial port-wine stain or birthmark, neurological abnormalities, and glaucoma.

Right after birth Duncan was already being stared at, and we began laser surgery when he was 11 weeks old, just to lighten his birthmark. His face caused adults (mature, grown-up adults) to pretend to circle back in stores for some forgotten item, just to have a second look. When he had spots all over his face from the laser, it was worse. Everyone stared. It is his life. Duncan’s face makes people take a second, or third, look. He is remarkable.

Duncan has developed a personality to match his face. He makes an impression. He is both shy and gregarious, fearful and fearless, hesitant and fiercely determined. Over the years we have had many fears, mostly related to school and bullies and whether anyone could look beyond his face and see the real him. Then we learned about Camp Trailblazers.

We found AboutFace when he was just over a year old and we have been participating in picnics, gatherings and other social events ever since. But it was Camp Trailblazers we were waiting for – a camp for kids with facial differences, a camp where kids who look different can feel like they belong. It has been a life-changing experience for him and a summer event he looks forward to all year. He belongs there. Wouldn’t it be nice if the world was like Camp Trailblazers? Wouldn’t it be nice if our kids could feel like they belong everywhere?