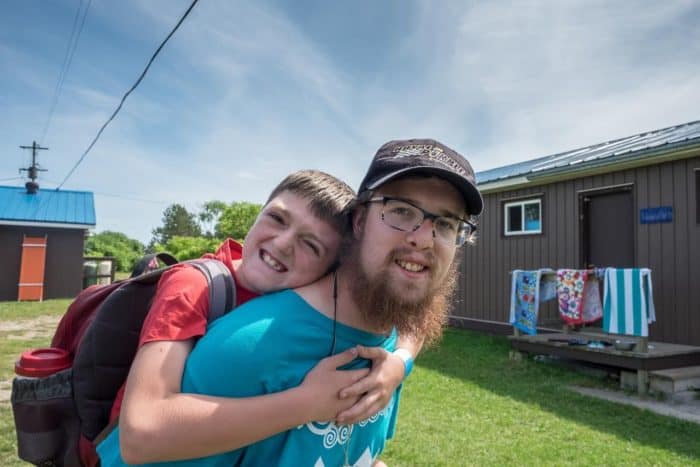 I have been volunteering with AboutFace for about 8 years and have done a number of different things at AboutFace without a specific role or duty. I’ve helped facilitate Camp TrailBlazers and volunteered at booths at conferences. I’ve been an AboutFace ambassador and co-hosted social events.

I first heard about AboutFace when my mom was researching information for a college assignment, and came across the website. It was a few months before AboutFace’s first Camp TrailBlazers in British Columbia, so I registered for Camp and attended, which I very much enjoyed. After Camp, I continued to network with other campers who had facial differences. Since then, I have attended many Trail Blazers Camps, in British Columbia and Ontario as a participant and as a volunteer.

Camp Trail Blazers made a large, positive impact in my life, so anything I can do to pass on that same feeling/impact to other’s is worthwhile to me.